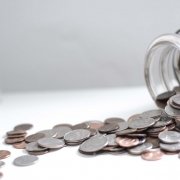 I’m pretty lucky; I have a teenage son who not only thinks about things before he asks me for money but will walk through a grocery store and read labels and price shop.

He bought me a $235 backpack that I wanted for my birthday but only spent $109. He’s become quite the savvy shopper.

How do you instill financial awareness in kids these days?

Trust me, I had the same question years ago when my son was early in his elementary school years. Sure, my background in financial services offered some “smart insights” that I taught him about saving.

This happened out of frustration. I didn’t want to argue with my kid. I was frustrated with always feeling like the answer was, “No.” And having a sulky child in the back fo the car during my weekends with him sucked! Out of frustration one day, I handed him the money.

But the reality is those lessons are lofty ideas well above the comprehension of young minds. I did my share of barking, “that’s too expensive,” or “we can’t afford that,” or “I just bought you the other (insert one of 100 items) because you had to have it.” And I still bark, at times.

Financial discipline is hard to learn and hard to maintain.

So, I put my 8-year old in charge of the budget. And I’m really glad I did!

I know what you are thinking. Relax. He didn’t have the whole budget! I’m not as loony as some would claim!

Every Friday, we’d go over the plans for the weekend. I pulled out $40 from the bank and hand it to him. Outside of the $40, I would pay for groceries and gas. He had to pay for anything else over the weekend.

The weekend was Friday night through Sunday night. The money wasn’t an allowance or a gift. It was our recreation money for the weekend. It was his choice on how we spent the money: movies, eating out, toys or any other activity. The one rule was he had to include me in his choices, meaning he couldn’t just buy himself something to eat.

He had one extra incentive in the program. Any money left over on Sunday evening was his to put into his piggy bank.

The first couple of weekends he blew through most of the money on Happy Meals and movies by Saturday afternoon and we were at home watching tv and I was cooking for the weekend. He started to understand how quickly $40 disappears and how hard it is to remember what you spent it on. He also started to make tough decisions on the fly.

Then he started to plan. He remembered that I would go to Costco to buy movie tickets ahead of time. He realized that if we ate at home before we left, we could save $10-$15 on food on the way to something. He paused at the event vendor, saying, “$5 bucks for a hotdog is a lot of money mom.”

I would stand there and nod, “You’re right. But I’m hungry. We’ve been out all day.”

So there he stood, on a Sunday with his last $15 at the JPL Open House. We were both hungry but he really wanted to buy a keepsake. He took his time, I went and sat down on the grass and watched from the distance to see what he would do.

He came back with one hot dog and one soda, spending $7 of his last $15. I was a bit confused since the deal was he had to include me when he bought food. Yet he clearly only bought one “meal.”

Quietly, he counted his remaining money and put it in his pocket. He handed me the soda and said, I know you need caffeine, so this is for you. And the hot dog? ”We’re almost done here anyway.”

He was right, this would hold us over until we got home and had dinner, though now I was forced to really make dinner. Little bugger! He worked the system- the system I established for him.

Over time, he became more aware of not just the cost of things but the difficulties in making decisions, especially when someone else was involved. There were times he would say, “Mom, why don’t you be in charge of the budget this weekend.” Other times he would jump at the opportunity to bank cash for something he was saving for.

In either case, I was fine with it because he started to ask for less things. We focused on experiences and time together rather than just buying slushies and hot wheels. And when he would ask, I was less likely to say no. But if I did, there was a new understanding as to why.

What have you done to teach your kids the value of money?