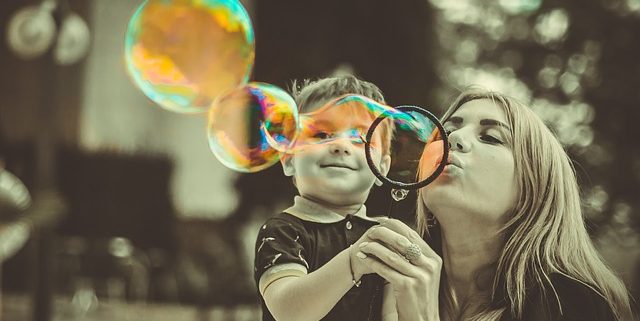 Most days, if the phrase, “moms raising boys” hits the news there either is a school shooting, reviews of gang violence or other youth violence. Troubled boys without a father-figure in their lives is often a primary topic of concern. Some call it an epidemic resulting from boys not having a dad or positive male role model in the picture. As a single mom of a son, my concerns are the same as any parent.

How do I raise a good child who becomes a healthy man capable of contributing to this world, being compassionate and at the same time strong in his own character with good manners and independence?

No matter whether you have a boy or girl and are a single mom or single dad, single-parent homes pose challenges.

The Role of Dads in Boys Upbringing

Fathers play an important role in the development of both boys and girls. When it comes to sons, fathers don’t just teach them about using tools, shaving or asking that first girl out on a date. Fathers set the tone for how men interact with other men, how they treat women and deal with adversity. The monkey see monkey do theory applies very strongly.

Most of what a boy learns from his father is unsaid. He observes traits, actions and thought patterns that either leads him to want to be just like his dad or nothing like his father. In recent decades, parental roles have shifted. Where female roles were primarily nurturing caregivers and male duties were providers and disciplinarians, parents today often seem to blend tasks and parental duties. Yet, boys still get something from fathers that they don’t get from the women in their live.

Just because we are moms and dads doesn’t make us great or even good parents. Raising children is hard. Having the strength and wisdom to be better every day, spending time with our children requires constant self-reflection. As it was once expressed to me, “the fact that someone cares enough to question whether they are doing right or wrong for their child elevates them as a parent.”

This happened to resonate with me (and make me feel better for all the mistakes I feel I constantly make as a single parent and as a mom in general). There was a point after my divorce that my son refused to go to his dad’s. School and police didn’t force the issue feeling my son had a compelling enough story he could articulate that was his reason for not going. I suggested to his father to go to family therapy to fix the rift between them.

Then it all started; weekly therapy sessions with my son and my ex-husband.

I have been accused by my ex over the years of trying to poison my son’s mind about his father. My relationship with my son is strong and it is none existent with his dad. My ex’s argument is out son has a mother and a father and that’s simply the way it is. He (my ex-husband) for years was intent on defending his rights but never once stopped to reflect on his actions.

One lesson I happen to recall from physics is that for every action there is a reaction.

Not Every Dad Should Be the Primary Male Role Model

There! I said it. Just being a dad doesn’t make you a great role model. I don’t deny biological fathers’ rights. Nor do I think this is exclusively a dad issues. There are lots of moms not well-suited to rear and raise children.

Anyone who knows me knows the value I place on family. At the same time, we need to recognize the people in our lives who might be toxic to our mental health. When it comes to my son and his father, I’ll always recognize my ex as my son’s father. At the same time, I don’t think every father (or parent) is good for their children.

Being Able to Teach Ourselves As We Go

Don’t read into that statement the bling I feel parents need to be perfect. I am far from perfect. With that said, I spend a lot of time reflecting on my actions, apologizing if I jumped the gun on something and consulting other parents and experts when I am uncertain about something. Refusing to recognize your impact to your child’s long-term mental health is a big problem.

That doesn’t mean being a single mom is the best answer but for me was a better one. The question becomes: how to give my son the male role models he craves in a healthy way?

Moms can’t be that masculine figure. Heck, I’m as tom-boy as they get but realize I cannot cultivate the masculine essence of a young man by myself. Single moms face serious challenges in this area. Male role models and mentors fill the gaps of what a home without a dad.

When single moms start dating, the male role model isn’t an automatic given. Boys if single moms become fiercely protective of their moms. They can resent a new man even if he is a great person. While they want Mom to be happy, they seem to always proceed with caution.

When my son was in elementary school. We started spending a lot of time at the municipal airport. He loved being in the hangar with the guys and was welcomed into the club. They robbed him, taught him about rebuilding and maintaining old warbirds. He talked story with WWII vets and occasionally had the chance to take a backseat.

He loved all the guys there and I moved that he had great role models. When one of the guys asked us out for Sunday brunch, my son was pretty savvy to what was going on. Even though he knew and really liked the guy, he became a human barrier between me and the proposed suitor. Did I say he knew and liked the guy? He just didn’t want anyone putting their mitts on his mom.

The other issue that arises when mom gets a new man in her life is the potential for that to be a revolving door. Let’s face it, we don’t always make the best decisions in love – there’s a reason we aren’t with our son’s father. Constantly exposing your son to the new guy leads to a host of issues. The instability often results in behavioral issues, emotional well-being and anxiety issues, as well as negatively effects cognitive achievement and function.

It’s better for a single mom to date discreetly until she is confident she has found someone worth pursuing with a long-term relationship. This can be hard when a single mom wants to balance everything with limited time and perhaps limited resources for child care.

A big question for society becomes where do boys of single moms get the proper guidance and comradery with adult male role models? I don’t know a single mom of a boy who doesn’t actively think about and seek out ways to get positive male influencers in his life. Finding male role models for kids of single moms often starts within your own network.

Many single women can find great role models for their sons close to home. If your son is able to spend time with Grandpa or an uncle or adult cousin, these are often great ways to not just have your son spend time with someone as he develops his manhood, it also keeps the concept of family unity in place.

This isn’t always possible. In my case, my closest family was 2,300 miles away across the Pacific Ocean. Moving wasn’t an option at the time. I always felt great when spending time at a friends house with the kids and her husband would take my son to show him projects in the garage or offer to help with a school project. Not only did my son get to spend time with a great man, he also got to see how great dads interact with their children that is critical.

Churches and youth groups including The Big Brother programs are great ways to not just meet more people and expand your single parenting network, the help kids find mentors and positive role models. Talk to the pastor or youth coordinator about finding a program your child will enjoy and be exposed to great male leaders.

Sports and recreation activities are probably the primary way single moms help their boys find positive role models. Coaches often push kids, help them establish discipline and keep them in check with manners. Coaches positively change the lives of kids every single day and it’s a great way to get some time to get dinner ready uninterrupted.

My son wasn’t really into sports. His aviation interest was his recreation and we were lucky to find a group that adopted us as their own. I had no aviation experience. People would ask why I spent entire weekends getting greasy and doing grunt work in a small hangar. It was to help earn my keep, really my son’s place in the crowd. Sure, he did his part and that was the deal. His interest was aviation and I was going to foster it any way I could.

The Lesson I Learned Because I Didn’t Over-Mother

He was 8-years-old when he started helping around the hangar. I’d actually dismiss myself when possible to not be the “mom” hanging around. I’d stay close in case there was a problem. After about an hour, my son came in totally ecstatic, “Mom, Stu gave me a job and I did the whole thing.” The job was to use a razor blade to scrape off old labels on a parts drawer and my son’s hands had more than one oops cut, though nothing major.

With a deep breath, I smiled, checked his hands and said, “Wow, what’s the next job?” I knew I would have never let my son fiddle with a razor at age 8. But, I also knew Stu had an eye on him. My son was as proud of himself as I had ever seen. It was a gut check for me. Men challenge young men to do masculine things, to step into manhood. I would have mothered him and found a safer task.

All I can recommend to other single moms is spend time with your sons and daughters. Learn what makes them tick and be open to knowing you can’t be everything for them. Find them mentors in things they love and they will find their role models naturally.

It’s still scary. I have a teenage son and am watching him get ready to leave the nest. But no one needs to feel like they are part of the epidemic. Our boys can thrive. We will make certain of that. 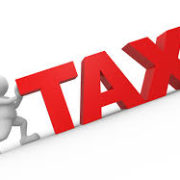 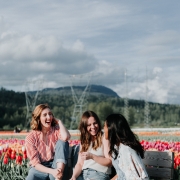 Single Mom Support Groups: What To Look For 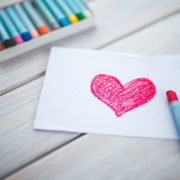 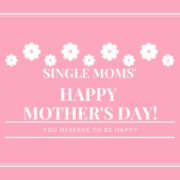 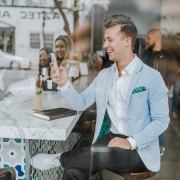 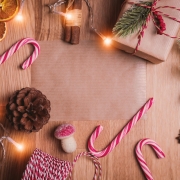 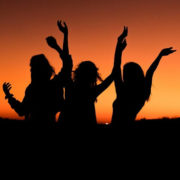 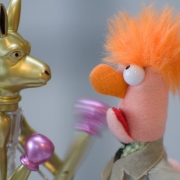 Single’s Awareness Day: Are You Kidding Me?
Scroll to top