Blog - Latest News
You are here: Home / The Reboot: 2017 Review and Lesson Learned 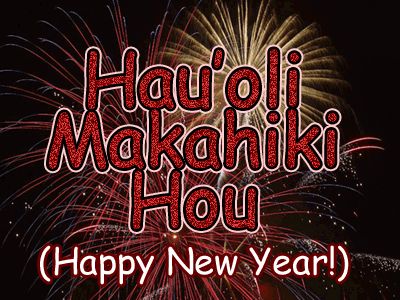 When you finish a year in a whirlwind of change as I did in 2016, you look forward to the promises of a New Year to continue moving everything forward.

The bulk of 2016 was spent dealing with a move from Los Angeles to Hawaii, my home state. This move required custody issues, Hawaii quarantine logistics, selling a house and relocating my son to the approved school district in Hawaii.

The craze of the 2016 whirlwind culminated in spending Christmas Eve in our new home, no time to even get a tree up. Finally settled, I came up for air and began to look at how to reboot.

It seems odd, after all, my divorce began in 2004 and finalized in 2007. I had been single for a long time and done well to build a new career, launch and run some great businesses and live life on my own terms. We were finally home and living in a wonderful neighborhood where I felt my son could safely navigate high school without needing mom to drive him around daily.

Why would I need to reboot?

Because for all my successes I had never felt settled in California. There was always an underlying anxiety that something else was going to go wrong.

Doing the simple math, that’s more than a decade of living in an anxiety-ridden state despite being successful on so many levels. The result of this anxiety was one constant underlying theme: the risk taker stopped taking risks.

Over that time, I trudged through my business and freelance career. I ran an insurance agency. I dated here and there. But I never jumped fully – not in the way I had prior to my marriage and subsequent divorce. And I knew that every day this choice, yes it was a choice to succumb to my own anxiety and fear, was killing my soul.

It didn’t take long to feel settled back in the islands. After all, it is Hawaii. Waiting for an agency opportunity, I rebuilt my freelance writing career and expanding my niche areas.

I found a new level of personal integrity, owning my mistakes as well as my desires. Living in the islands became the best excuse to seek balance as well, waking up early to finish contract work and then walking the beach in the afternoons.

As things began to hum along, I was offered an agency to take over with the start date of January 1, 2018. I began the training process and was nearly complete.

Then it happened: I blew my knee out in a 12-foot fall at the rock climbing gym. Unlike any injury I’ve had in my lifetime as an athlete, this has taken me down and rendered me practically useless. Sitting on a sofa or lying in a bed stuck on pain medications is not my idea of living. There is NO Netflix binge that can sustain this.

All those years of waiting for that anxiety to prove me right did just that – when I wasn’t looking. You can imagine the frustration of everything being put on hold. Agency training and opening dates deferred. My brain unable to focus on the simplest of tasks let alone writing assignments. My body is in total atrophy after months of finally getting back into shape.

But here’s the thing: prior to getting back to the islands, that underlying anxiety would have led to a complete meltdown, at least for a period of time. But as I wind the year down, still unable to walk, drive or put weight on my right leg, I find myself assessing the universe and it’s message to me.

I have quieted the voice of anxiety just enough to deal with the task at hand. No, it isn’t pleasant and I’m frustrated to be laid up for so long. I can’t sleep. I hate how pain medication makes me feel. My son is on holiday break and I can’t do anything fun with him.

It would be easy to say that all that great momentum I had developed just died. Certainly, I felt this way at times since November 26 when I got hurt.

Yet I am optimistic in a new way. I know I’ve been taking the risks my soul requires of me. Years of programming have the universe sending me a test of volition.

It’s true that the universe never keeps time in the fashion we desire. If it did, the last 5 weeks would have involved launching new and big things. Instead, I was forced to be still and remove the noise so I could hear what my inner voice was truly telling me.

Looking forward to 2018 and sharing some of these musings with you.

What have you learned about yourself in 2017 that will make 2018 better?